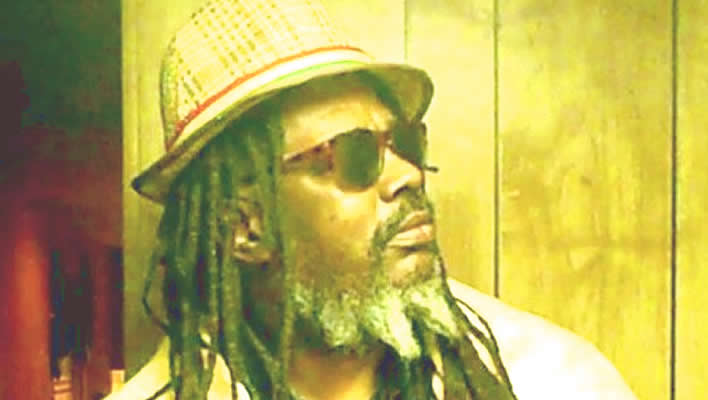 Ras Jammie draws on his island roots in “creating his own brand of homegrown American reggae.” His “fresh perspective” on roots reggae, Jamaican ska and Island music is rich with Jamaican riddims from a singer-songwriter whose commanding baritone voice “makes Peter Tosh sound like Desmond Dekker.”

As a singer-songwriter with an impressive baritone voice, Ras Jammie writes the music and lyrics to all his songs. Recording several cds on his own label – RoV Roots Creations – Ras Jammie notes that “since the music industry is hard to break into, I had to take from the past to create the future of American reggae music. Using strong, backbone riddims of old-school Jamaican reggae and the soulful riddims of Motown complete with backup vocalists, I have created my own reggae style where no song sounds the same.” He also writes dancehall and blues music for other artists.”

Like jazz legends Charlie Rouse (his uncle) and distant cousin Thelonius Monk, Ras Jammie has created his own brand of reggae. In between the island jazz sounds of Third World and the in-your-face lyrics of Peter Tosh, with further influences from U-Roy and Jacob “Killer” Miller, the Ras Jammie sound has been called “homegrown American reggae” by longtime Beat Magazine music reviewer Chuck Foster.

With worldwide airplay and several full-length reggae and dub releases, Ras Jammie is played from the former Soviet Union to Australia, Asia, Europe and the U.S. and Canada His song “Sometimey People” is on Vol. 1 of the UK Reggae Radio Compilation. Reggae hits include “Mr. Collie Man’ and “Bump The Time”. A new dub and reggae release are both in production.

Ras Jammie and his band, The Spiff Tones, play continually throughout the Northwest. Seamlessly blending reggae, Jamaican ska, various island beats and dancehall, he keeps the crowds dancing all night.

YoelMalcolm
Dale Hauskins, Roots Reggae
Tantan Tadius an Artist Who Sings Redemption and Motivational Songs for the People of the World.