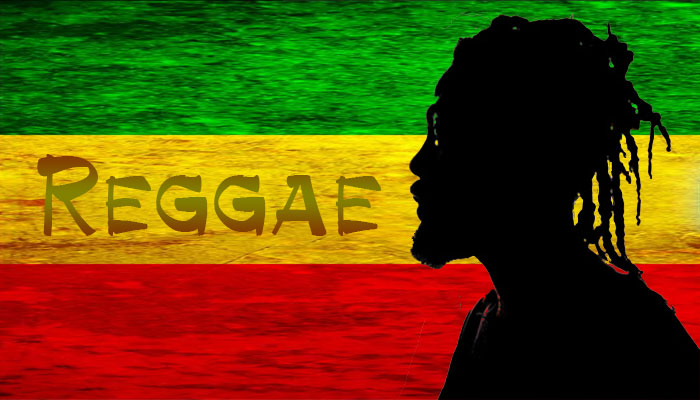 Whenever we hear the word “Reggae” we think of dreadlocks and non-violence. But this music genre, born in the 1960s, goes far beyond all clichés. The most popular Jamaican music continues to evolve and to expand its influence all around the world. The word “Reggae” was used for the first time in the songs “Do The Reggae” written by Toots in 1968, the band leader of The Maytals, and “Regay” by Tommy McCook. According to Toots, the word comes from the English terms “regular people” or “raggedy”.

Expression from the population of Jamaica, and in particularly from the ghettos, Reggae music is by its origin, holding a political and religious message called “Rastafarianism”. Founded by the Jamaican Marcus Garvey, this mystical current gets to its development in the United States by preaching the return of all descendants of slaves scattered throughout the American continent, and by situating the promised land of black Africans in Ethiopia. The movement combines biblical thought and pan-Africanism and proclaims as messiah the Emperor of Ethiopia, Hailé Sélassié I from 1930 to 1974, hence the term Rastafarianism – Ras tafari means “King of Kings” in Amharic (the official in Ethiopia).

Nicknamed Jah (for Jehovah), the sovereign is considered the direct descendant of the line of Solomon and the Queen of Sheba, and represents the black branch of the tribes of Israel. He is considered as a sacred character not only for his origin, but also for the meaning of his birth name, like the one chosen by the priests of the Ethiopian Orthodox Church, for his sacrament. The choice of the meaning of names is, in fact, very important and primordial in African culture.
The white oppression is embodied by Babylon the Evil, and gives Reggae a dimension of rebellion that resonates with the subversive aspects inherent to rock music.

However, Bob Marley, son of an English army officer in Jamaica and a gospel singer, stays the main artist and ambassador representing Reggae, and also a great popular symbol of political and cultural liberation all around the world. He made Reggae travel to reach the hearts of all people of the earth by extolling the Rasta philosophy and claiming that “Music is religion, and religion is music. Reggae is a communication, the sweetest communication”.

Today, there are numerous musical styles inspired by Reggae and the Rasta movement is seen as a local variant of the “hippie” trend, which had occurred in the occident during the 1970s. The Rasta message is therefore seen as a love and universal peace manifestation, preached by hippies.

Although it is basically a peace and love message, this one can not only be summarized to both those alone. In fact, the Rasta movement is over all a conscience emancipation movement, and especially for the denunciation of a system drifts. Moreover, Reggae is rebel music, as it is sung by Bob Marley; the Rasta message is over all a rupture and spiritual rebellion message. This spiritual rebellion is often equated to a form of pacific action in the image of movements of Gandhi or Martin Luther King, and it isn’t generally true.

Reggae music and Rastafarianism are being welcomed in all countries of the world to send the Rasta message, and to open its culture to the rest of the world.