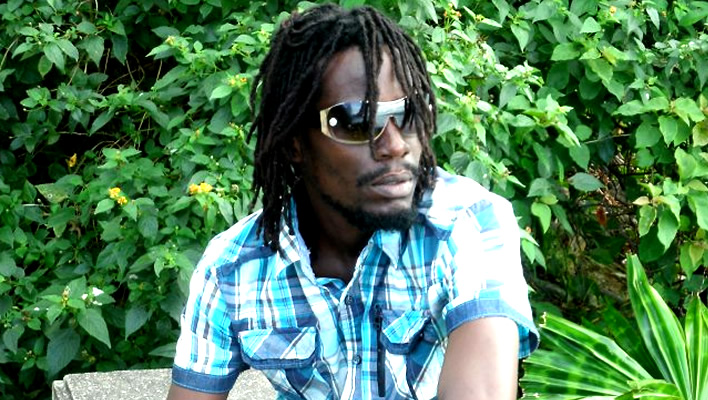 Wake the Town, Tell the People, This is Jah bukie. Courtney Anthony Stewart, a.k.a. Jah bukie, is an emerging Jamaican singer, songwriter and producer. Jah bukie’s style of music is Positive roots reggae as he was truly influenced by the great legendary Wailers (Bob Marley’s band) and a diverse variety of the great reggae performers and their uplifting music of the ‘80s.

Born on April 4, 1977, Jah bukie grew up in the communities of Stokes Hall, Saint Thomas and Kingston, Jamaica. With the intention to contribute nothing but good music to the people. He got the opportunity to visit England in 2002 which opened doors to his first studio work and in 2004 Jah bukie made his first demo at DJ Publo studio in south London.

His aspirations to break into the industry endured some rough times and Jah bukie’s persistence sustained his spirit when his journeys brought him home to Jamaica to fulfill his musical promise in 2007 when he started his own record label, First Born Productions, currently renamed as “Urban Boyz Productions”.  The first evocative single “Evil Out There” released early 2008, introduced Jah Bukie’s talent to the current Jamaican music scene, followed by two explosive tracks: “Coke and the Guns” and the socially concious “Scrap Metal”. Inspired by his respect and appreciation of the music he shares with the world stage, Jah bukie also uses the positive message of Urban Boyz to recruit other young talents. Check out his production of the romantic song “My Love” by his cousin and label mate “Tadius” (Nicholas Stewart.  A thought-provoking songwriter, Jah bukie daily prays to Father Jah to seek assurance that the people will hear him singing and the people will unite as One. Over the last year he has developed his artistic skill even further by starting to compose his own digital beats and  riddims.  Most of his beats will now be composed by himself and accompanying his songs with his own original riddims is  a key future focus for the multi-talented artiste.

Listen for debut of the “Gun Control” riddim showcased on Hot Tea Riddim featuring Turbulence.  With lyrics constantly inspired to address today’s social ills, his “Gun Control” track mourns the New Town shootings, while “[Heads Up Riddim ] Featured Lutan Fyah , And more ] Which Bringing  Strong Message , Cries out against the real perpetrators of violence, government corruption and world corporate greed. Jah Bukie is gaining growing  recognition in working with  some of Reggae’s best current talent and has collaborations in progress  with various new and established  artistes from Jamaica and abroad, including a fresh Holland band (LA Whaai) and producers from France to produce a track.

Today, the youthful dreams of his music have become a reality and he is working on the growth of his studio, “Urban Boyz Productions”, promotions and distribution. The hard- won proof that he will not allow anything to prevent him from succeeding flows through the positive message he brings in his songs.    His passion in establishing himself as a true artist and producer is the hope that his Music continues to bring high respect from his listeners and reflects his appreciation for those who set him on the path of this Music. He sings the Truth. This is Jah bukie – Wake the Town!