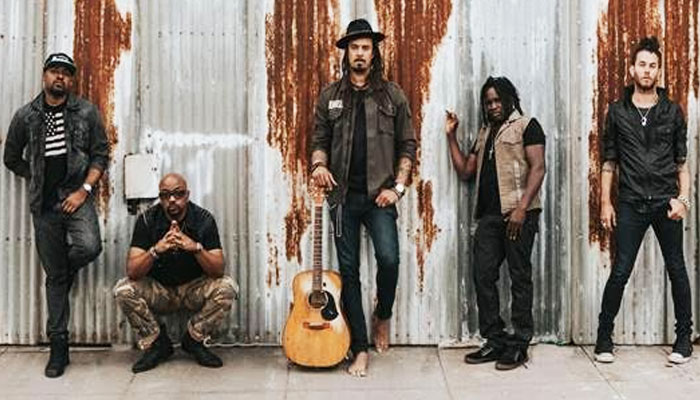 Do It For The Love presents its second annual Rocker’s Ball fundraiser, an evening of music, healing and inspiration benefiting individuals with life-threatening illnesses, children with severe challenges, and wounded veterans. The event will include a cocktail reception, an unparalleled three-course dinner by world-renowned chefs, live musical performances from Michael Franti & Spearhead, Vintage Trouble and other special guests, and exciting silent and live auctions items featuring one-of-a- kind experiences, collectible wines, musical memorabilia and luxurious trips.

Michael Franti is a musician, filmmaker, and humanitarian who is recognized as a pioneering force in the music industry. Long known for his globally conscious lyrics, powerful performances, and dynamic live shows, Franti has continually been at the forefront of lyrical activism, using his music as a positive force for change.  He and his wife, Sara Agah Franti, founded Do It For the Love in 2013.  The nonprofit organization’s mission is to bring people with life-threatening illnesses, children with severe challenges and wounded veterans to see live music.

The current sponsors and partners are Levi’s, Ca’Momi Wines, BottleRock, The Golden State Warriors, Double Cross Vodka and Williams-Sonoma. Sponsorship packages ranging from $5,000 to $60,000 and a limited number of $1,000 individual tickets are available. For information and to purchase sponsorships or tickets, visit www.doitforthelove.org/rockersball2017.

Proceeds from the event will support Do It For The Love’s mission to bring people with life-threatening illnesses, children with severe challenges, and wounded veterans to see live music. Co-founders Michael and Sara Franti started Do It For The Love in 2013 because they wanted to bring the healing power of music to those who need it most.  The organization’s mission is to give the gift of live music to inspire joy, connectedness and a positive, potentially life-changing experience to as many people in need as possible.

To date, Do It For The Love has granted over 1,300 musical wishes to attend concerts ranging from Motley Crue to Ziggy Marley, Stevie Wonder to Train, Kenny Chesney to Paul McCartney. Whenever possible, the experience includes a meet and greet with the artist. Wish grants include concert tickets for the recipient and up to three friends, family or caregivers.

To learn more about Do It For The Love and the Rocker’s Ball, visit www.doitforthelove.org 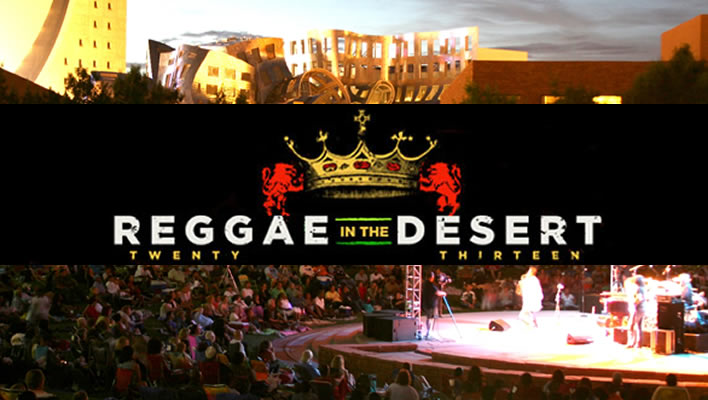 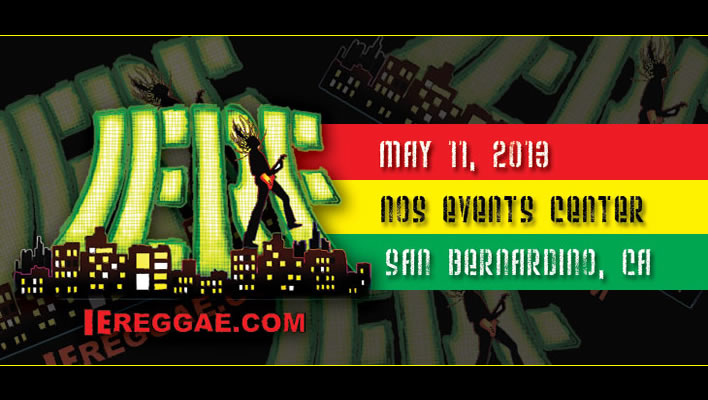 “We’re excited to be back again with an incredible mix of reggae styles,” commented Alton Garrett, Managing Partner of Garrett Management Group, “You will have your roots reggae, dancehall, Hawaiian reggae artists, authentic DJ music using original vinyl records, and more. Reggae lovers are in for a real treat.”

The mix of reggae styles will include the music of bassist George “Fully” Fullwood, who has been instrumental in shaping the sounds of Jamaican music. One of “the greats” of the music industry, Fully is one of the most popular and well-known bass players in the world and has worked and recorded with numerous major artists out of Jamaica.

Also in the mix are the DJs Brigadier Jerry and Ranking Joe, and artist Marty Dred. Since the 70’s, Brigadier Jerry has maintained high standards as a cultural DJ promoting conscious lyrics and spiritual upliftment. Ranking Joe rose to prominence in the 1970s and had continuing success in the 1980s.

The family-friendly festival will feature an exclusive 12 and under children’s area, called “Festival Follies”. Hosted by the owner of Creative Corner Place Childcare, the Festival Follies area will allow children to participate in contests with prizes, create fun and festive crafts, play games, and more. Children 12 and under are admitted to the festival FREE when accompanied by an adult ticketholder.

A portion of this year’s ticket sales will support Reggae for a Reason, an organization working to end youth homelessness in the local community and beyond. Tickets can be purchased online at www.iereggae.com or by calling 1-888-718-4253. 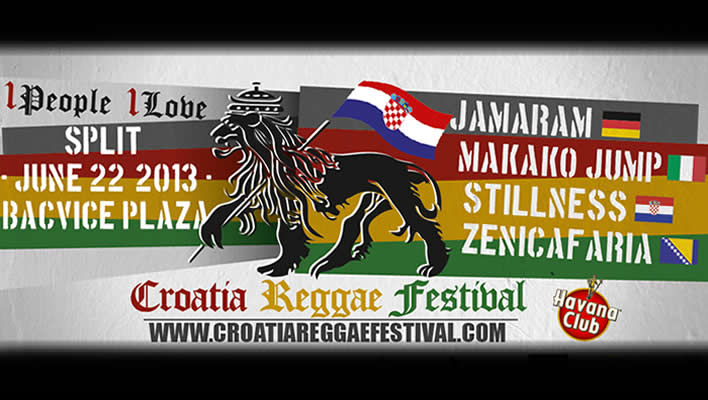 The Croatia Reggae Festival will be opening the summer festival season for the first time in the center of Split on Bacvice Beach along the Adriatic coast. With bands from germany, italy, croatia and bosnia we are celebrating our entrance into the European union on July 1,2013 with Reggae music, beach party and one of the coolest events of the year. Ad to this havana club rum bars, a red bull water event “picigin” with cheerleaders, fantastic Croatian barb-que, sun, sand, surf and beautiful people from all over Europe. Music with a message will be presented from JAMARAM, MAKAKO JUMP, ST!ILLNESS and ZENICAFARIA! From classic reggae, dub, hip hop, latino and more, theses bands promise animation pure, unforgettable sounds, rythms and text, and simply an incredible night under the stars for friendship, love and peace…Come join us in our celebration of life, music, and nature, and share in one of the most unique and coolest events here in the region.

Welcome to Croatia, we await you with open arms!
www.croatiareggaefestival.com

Iron Lion Productions was established in 2006 in New Orleans, by Mr. Sean M. Joseph (CEO) and Mr. Leighton Comrie. Its mission is to bring New Orleans Reggae culture to the forefront of the International Reggae scene by showcasing our unique and diverse singers and players of instruments, Selectors, Graphic Artists, Culture vendors, etc.. through our various local and International Concerts and Venues. We also promote healthy living and lifestyles through health conscious cuisine with a Caribbean theme.

Iron Lion events cultivate communal unity by hosting events that bring cultural entities together  throughout the year culminating with our Annual Iron Lion Reggae Festival.  This year’s Fest  is located at The Hangar 13, 1511 S. Rendon St. N.O.,LA 70125. This is our fourth installment and our second year bringing International and local acts together. We have experienced growth each year and this year is no different as it will be the biggest Reggae event hosted in the Crescent City in this decade. We are New Orleans  only Reggae Festival and one of only two Reggae Fest. in the State of Louisiana respectfully.

In addition to the talent and equally important, We boast about our award winning  Authentic Jamaican/Caribbean/Creole Cuisine prepared under the direction of Master JA Chef Ras Lee & Ras C.C.!!!! Tickets range from $20(US) early bird to $30(US)Pre-Sale to $45(US)door. For Vending or Sponsor info. Contact Sean M. Joseph @ smjoseph1@cox.net 0r cal 1-225-284-5903!!! 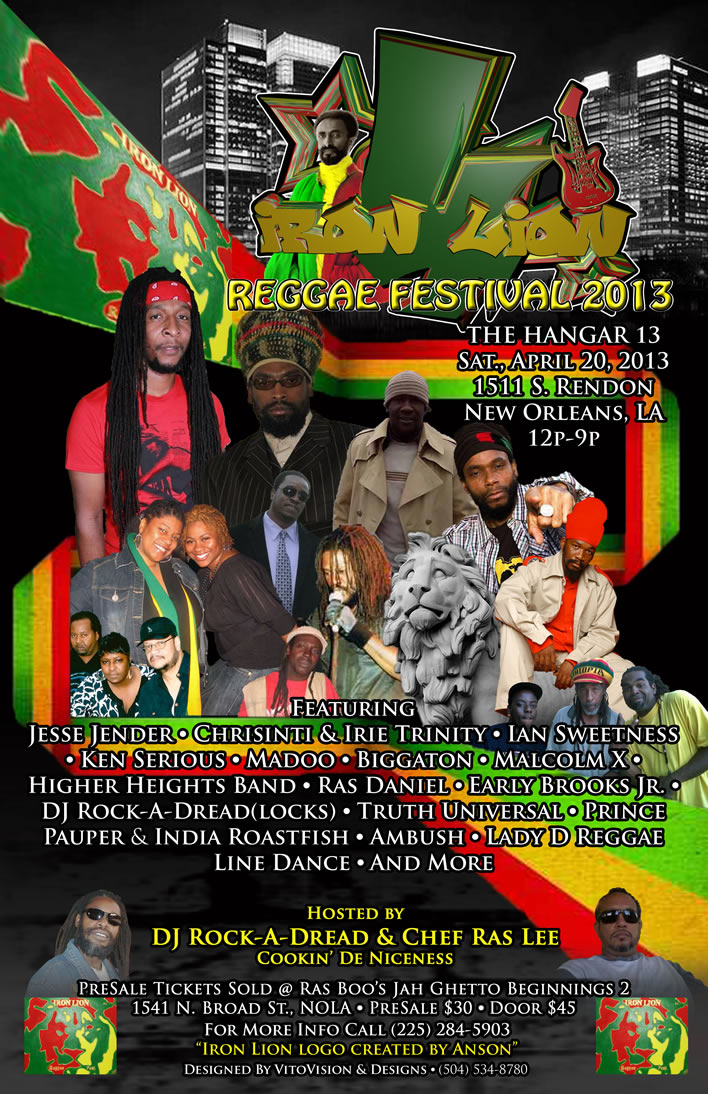