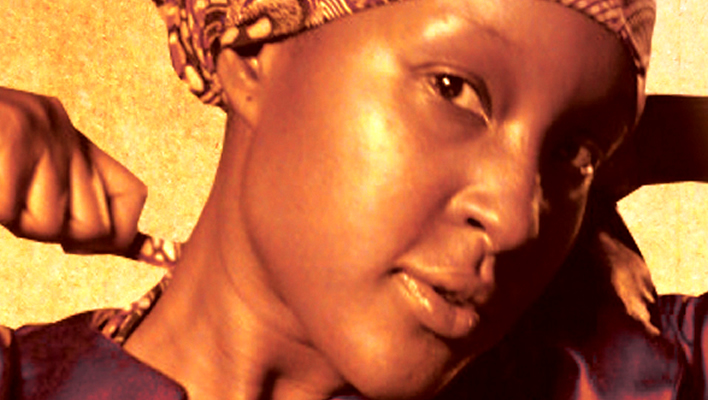 With wisdom in her lyrics and feeling in her Jah blessed voice, Khalilah Rose has spent the last 10 months entrenching herself in the upper echelons of the reggae  And on her debut album—Zion’s Lullaby,her words have never sounded so powerful and truthful,her voice never so demanding…seconds on every song will have you thinking about a revolution against evil……

Her album Zion’s Lullaby with it’s eclectic appearances from guests Turbulence and Lutan Fyah as collaborative singles was recorded and   producers and sounds transcends sub-genres and geography the cd Leave the PAGANS in fear, this is simply a filler-free REGGAE  album from one of the finest female singer….

“Sure, things are different out there; music sounds differently, it gets made differently and it gets listened to and talked about differently. But it’s still music. And you still have to come with the truth as Jah wants it to be told”

Don’t think of the album title as some petulant shrug of the shoulders. Zion’s Lullaby is a mission statement from an artist equally inspired by the music of her contemporaries and frustrated by the static to noise ratio she  hears in the music business. “People get down on things, people whine on them blogs about reggae needs this and reggae needs that …but the music of this year, with my sister Etana, with I-Wayne, with Romain Virgo…I AM PROUD TO SAY REGGAE IS FAR FROM OVER!! it makes me proud to put out an album this year. This has been a great year for reggae  and it is only getting better and better!!I wanted to have my say and i’m am saying!”

this bio is not over until  Khalilah Rose say her  views about radio djs . Unapologetically dedicated to her  gift, Zion’s Lullaby  is an offering to not just Reggae  aficionados, but truly anyone that calls themselves a music lover. It’s full of the frustration and anger of daily life, the joy and excess of a Sabbath night and the clear-eyed contemplation of a Sunday morning. It’s about what life gives and what it takes away. It’s simply a portrait of an artist doing her thing at the highest level. And if you don’t’ like it, you need Jah in your life…if you don’t play it eventually you will.

Zion’s Lullaby went on to be the top album seller on cdbaby.com and Amazonmp3.com  over sixty thousand downloads from July 2012 to December 2012 and with only five thousand in hard copies it was sold out in stores in a jiffy of time.

2013 is going to be a better year for Reggae Music and Khalilah Rose is on a solid booked mission… As a single mother and a rasta woman Khalilah Rose juggles music and raising a child so anyone can imagine the dedication.

Khalilah Rose is a soldier in the army of Jah and the mission is far from over…..

Khalilah Rose is blessed with this . When you sweat,cried and stand up for your believes and hold a strong understanding of life , when you hold faith and look to the most high and share your visions for reggae music with some of the most respectable people in the industry and still make a name for yourself as artist, when your talent is so internationally known and  you can hold it down in any country globally with out questioning promotions and publicity for a show that you are booked for ,when you’ve took the stage with Capleton,Anthony B,Turbulence,Lutan Fyah,Josey Wales,Frankie Paul,Etana,Queen Ifrica,Marcia Griffiths,John Holt,Ken Boothe,Freddy Mc Gregor,Cutty Ranks,Everton Blender, and held your own…not scared of twenty five thousand people in an open arena …and you are an Ambassador for Good reggae music…only then you can say your name from Birth is Khalilah Rose…..

Khalilah Rose teached in New York school system for a year and remigrated back to Jamaica in 2012 to pursue music…with the lack of positive music on Jamaica’s airwaves Khalilah Rose management put their focus on European and Asia market and quickly gathered a strong African fan base for the singer.

Khalilah Rose rapidly gained a huge buzz in the reggae community globally and in 2012 she launched her first European tour with stop in UK,France and Amsterdam and a quick stint in South Africa.

This mini tour gave her an upper hand on media and she quickly became a media frenzy and a must have artiste in their print… Khalilah Rose graced the pages of New York Times,Jus Jah Mag,L3 Magz,Jamaica Star,Vision UK,first Reggae artist on Allhiphop.com(world’s leading hip hop site) and many many more prints from Guyana,Trinidad,Nigeria,Canada,Dubai,South Africa…. 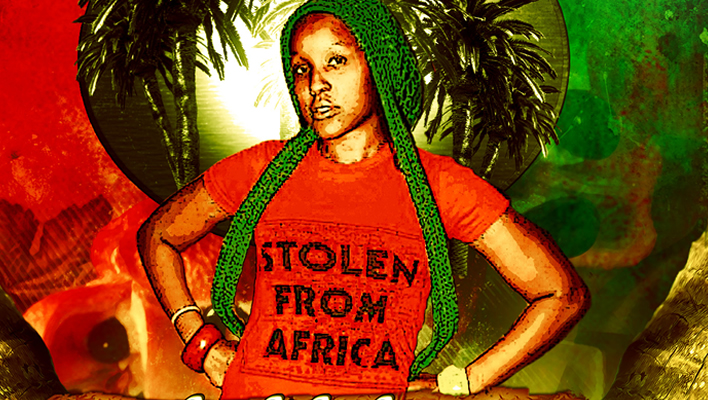