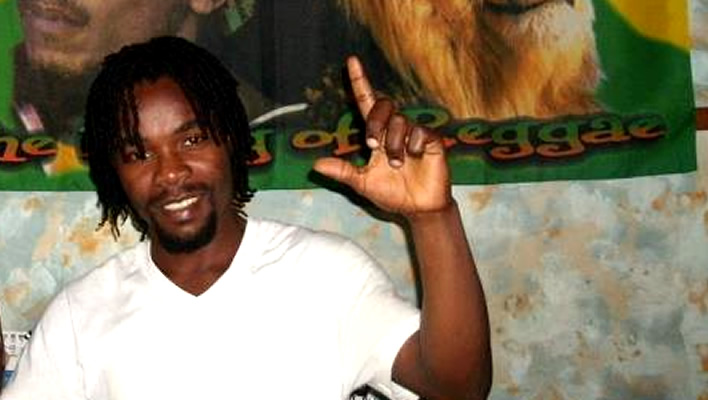 Nicholas Stewart (artist name Tantan Tadius) was born November 26, in the beautiful tropic of Jamaica. He grew up in a district called Thornton which he loves dear to his heart. At his past schools and community he would perform at many special events that were kept. He started singing at a tender age at church it was there were he develop the love for music. He is so talented, so the people of the church, community and school told him to pursue a career in the music business   because of the talent he have. It was then he took music seriously.

He wanted to pursue his music so badly so he move from his community to Kingston it was harder to get the musical break he wanted in his community. Being in Kingston it wasn’t easy as he though but he adjusted himself to the situation. He tried to find producers everyday, he would walk miles on miles in the boiling hot sun, and some producer would listen to him while some would want to work with him immediately. I remember sometimes thou he would be very upset because the world is not getting to hear his music or message that he had to bring to them. Still each he would pray to the most high to give him strength, courage and faith. Each day he grown more and more lyrically, mentally strong, song would be more powerful and flowing better than the last. Melodious voice gets distinctive, articulate full of vibration and quality, when you listen his melodious voice and creative lyrics together it would put you in a moment in time.

In 2008 in was a great year, his cousin Jah-Bukie decided to produce his own music and produce a song for Tantan tadius call My Love which went well, this song got more air play on more station than the first. Tadius and Jah-Bukie recorded a brilliant combination for champaine records and Urban Boyz production which is not yet release. What was a blessing for tadius that year was the birth of his baby boy.

He didn’t get the big break yet but he is determining like at first when he started music. He always quoted a speech of the great Marcus Mosiah Garvey “a race without confidence is already lost” he knows one day will be his day, so he put his heart in his music. His main inspiration comes from the sun, moon, stars and the most high. His main goal is to get all the necessary things that come with music, he also said he would teach, inspire, be awarded and travel the world with reggae music. He wants to be known as a messenger who takes the message though this great channel call reggae music. He want u to think of him  as an artist who sing Redemption and  Motivational songs for the people of the world.