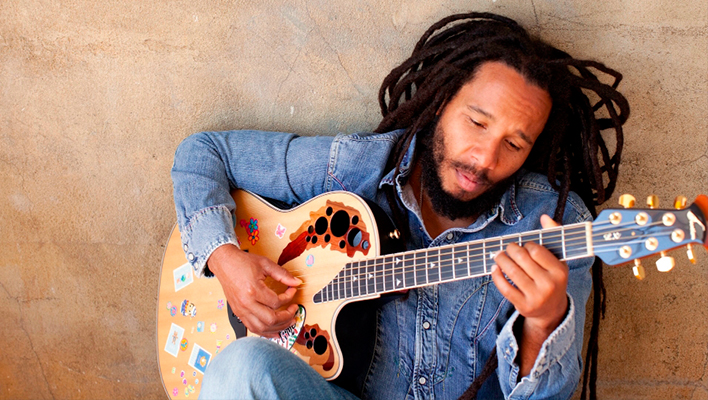 Being the son of Bob Marley is not to live in the great man’s shadow by any means. Ziggy Marley has carved out a successful career for himself that is impressive by any yardstick. The Emmy winner, six-time Grammy winner, singer, songwriter and producer has produced twelve critically acclaimed albums.Ziggy has also leveraged his success for philanthropic purposes, founding a charity called Unlimited Resources Giving Enlightenment to help children in Jamaica and Ethiopia, and is a supporter and honorary member of Little Kids Rock, an organization in the USA that provides musical instruments and free lessons to children in public schools.His considerable fan base will be pleased to hear that he is now planning to release a four-track EP called Lighthouse on September 30th. This release will be exclusively on iTunes and will feature rare versions of tracks from his highly acclaimed fifth studio album Fly Rasta which was released earlier this year.  It will include live acoustic versions of “I Get Up,” and “I Don’t Want To Live On Mars,” as well as a live full band concert recording of “Lighthouse.”  The studio version of “Lighthouse,” also included in the 4 track set, will reach radio on September 29th.Ziggy will spend the fall playing a string of Canadian concerts beginning September 29th in Calgary, and will have a US tour starting October 11th in Hampton Beach, NH.  Other major city stops on this US tour will include Atlanta, GA, Orlando, FL and Dallas, TX. Tickets for most dates are on sale now at ticketmaster.com and further information about Ziggy Marley songs are available at ziggymarley.com.